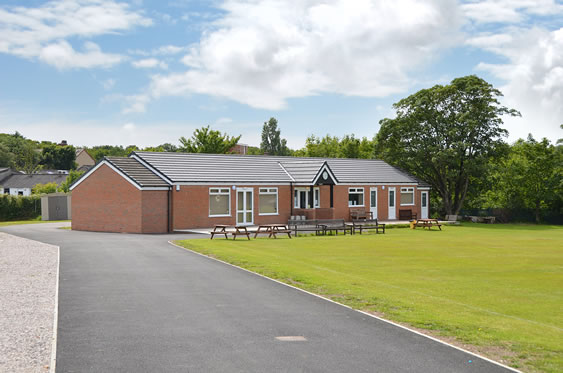 Fylde Cricket Club, founded in the early 19th century, is one of the oldest clubs in Lancashire. Our archives provide a fascinating picture of a Victorian village cricket club, a minimum of bureaucracy and a maximum of recreation. Some of the minute books make fascinating reading recording wages for the professional, the purchase of new ‘Canon’ bats at four shillings each and evidence of the various fixtures we played as far afield as Crewe and Bootle. We had fixtures against Garstang and Thornton way back in the 1880’s which may come as a surprise to those clubs judging from their foundation dates in the hand book.

The club played on two home grounds before the move to Moorland Road in 1901. This plot of land was originally Crown property and was leased to the Fitzherbert Brockholes family in 1562. They donated the ground to the National Playing Fields Association in 1946 who in 1976 passed it on to the trustees of the club for the playing of cricket in perpetuity.

In the early years Fylde played club cricket and was at times known as Fylde Wanderers and was usually run with the local ‘Worthies’ at the helm. We joined the league in 1922 and enjoyed many happy seasons winning friends in lieu of trophies. We won the Loxham Cup in the early 70’s but with the blossoming of some of our juniors and the advent of some gifted senior players, the flood gates opened in the 1980’s winning the Shield and the Meyler on several occasions. The second eleven also added to the trophy collection winning the respective competitions on a number of times. We formed third and fourth teams and played and enjoyed many happy and productive years in the Fylde League providing a bridge between junior and senior league cricket.

The junior section has been the life blood of the club and although we have had a couple of lean years in this, the Centenary year, we are back where we belong in divisions ‘A’ and ‘C’ and our Sunday League side - with a minimum of eight teenagers - have won their league for the last two years.

With their fine facilities Fylde remains essentially a family club and all have contributed to our success and longevity. The Ladies’ section have never faltered with their superb teas and money-making events which have accumulated thousands of pounds over the years and has much to do with the current prosperity of the club.