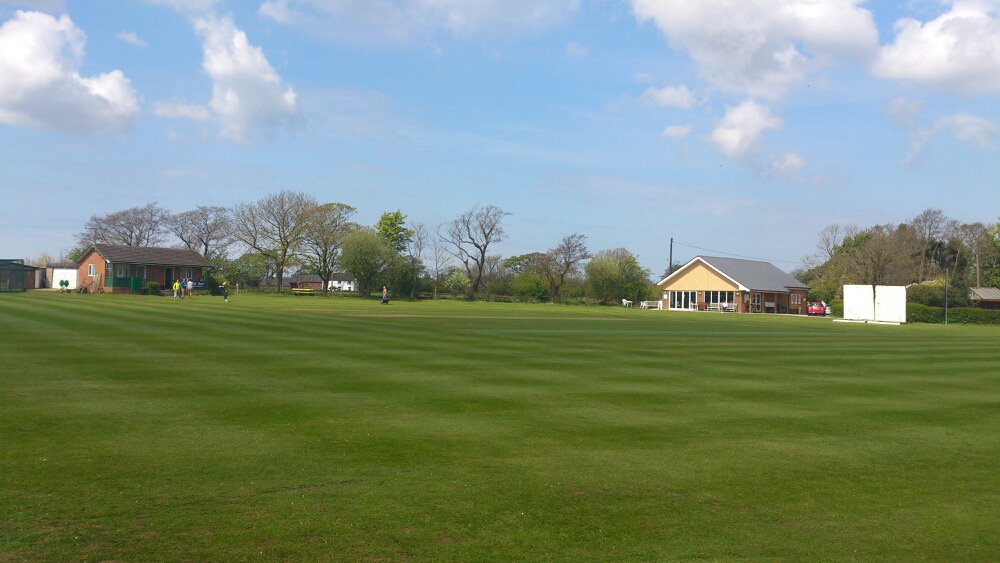 Taken from the 2002 League Booklet

For many years the Club was believed to have been founded in 1876 by Squire Ffrance of Rawcliffe Hall. However, the research for this piece has turned up a most interesting point. A contemporary of Squire Ffrance, fellow founder member and later President of the Club, was one Robert Parkinson Esq. In a press interview in the l930s he confirmed that the Club played for 53 years at its original ground, nearby at Copp Lane, before moving to the current ground for the 1924 season. 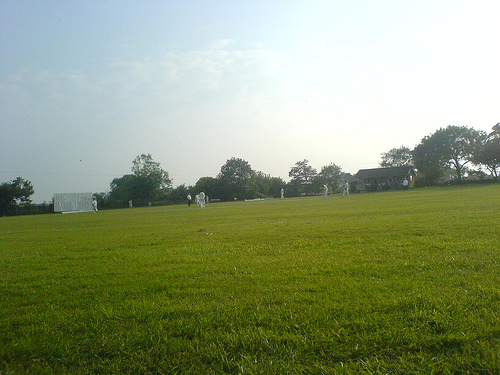 The move to the current ground in 1924 can be confirmed, as a menu from the celebratory dinner at the Don Café in Blackpool is held in the Club records. This places our formation in 1870, rather than 1876; a fact which is backed up by entries in scorebooks from different periods.

One of the early Presidents was Lord Ashton of Ryelands, who, according to one Evening Gazette article, was to become the "fairy Godfather of St Annes" shortly afterwards. Sounds like a good move to me!

Right through the 1910s, 20s, 30s, 40s and into the 1950s, one of Great Eccleston’s, and the leagues, greatest bowlers plied his trade. In the 1938 season Arthur Hutchinson took exactly 100 wickets with the following remarkable figures, which are still a B Division record:

A presentation was made by the President, Robert Parkinson, to mark the achievement of 100 wickets in 1938. In his speech, Mr Parkinson recalled making a similar award to Arthur’s father, Mr Richard Hutchinson, many years before. Measures are now being taken to trace all Hutchinsons still living in the area to harness this inherited talent!

Incidentally, Arthur Hutchinson continued to play for many years and took 80 wickets in 1948 at an average of 7.41. His strike rate throughout his 43 year career, mostly playing in the First Division, suggests that he must have taken well in excess of 2500 wickets

Right through the first half of Great Eccleston’s history, the team rarely performed to potential. Against Fulwood & Broughton on 21st May 1955, Great Eccleston were bowled out for 4, with 9 batsmen not getting off the mark. Great Eccleston’s claims of a doctored pitch fell on deaf ears when it was realised that they were actually at home that day! This stunning collapse was after Fulwood had been dismissed for 39.

The late 1950s saw great strides forward in the facilities at the club. A dressing room for visitors was built (how did that get past the committee?) and the miracle of running water was installed.

Progress was also being made on the playing side. The team became B Division champions in 1957 (the Club’s first ever honours), with Gerry Swarbrick taking all ten wickets that season against South Shore, and retained the title the following year.

Both teams have enjoyed the odd successful period since those days. The most recent examples are promotion to A and C divisions respectively for the lst and 2nd XIs, winning the area rounds of the National Village Knockout Competition to reach the last 32 in the countrywide stages, and Andy Gillibrand topping the A Division bowling averages in 2001.

The Club’s development over the years has been achieved through a loyal and committed membership, which remains the case today. We have also been well served by the longevity of our officers, the current crop being no exception. The Clubhouse, built in 1976 and opened by Jimmy Armfield (himself a former member), and the changing rooms, built in 1984, both saw an enormous amount of member involvement in their construction.

Our junior section is flourishing, we run a further team in the F division and the social side of the Club would take an awful lot of beating. Even our motor roller is in its 28th year of active service, whilst the larger hand roller has been with us at least 70 years!

The clubs retains its own special identity and character and remains committed to a league it has been a part of for so long.