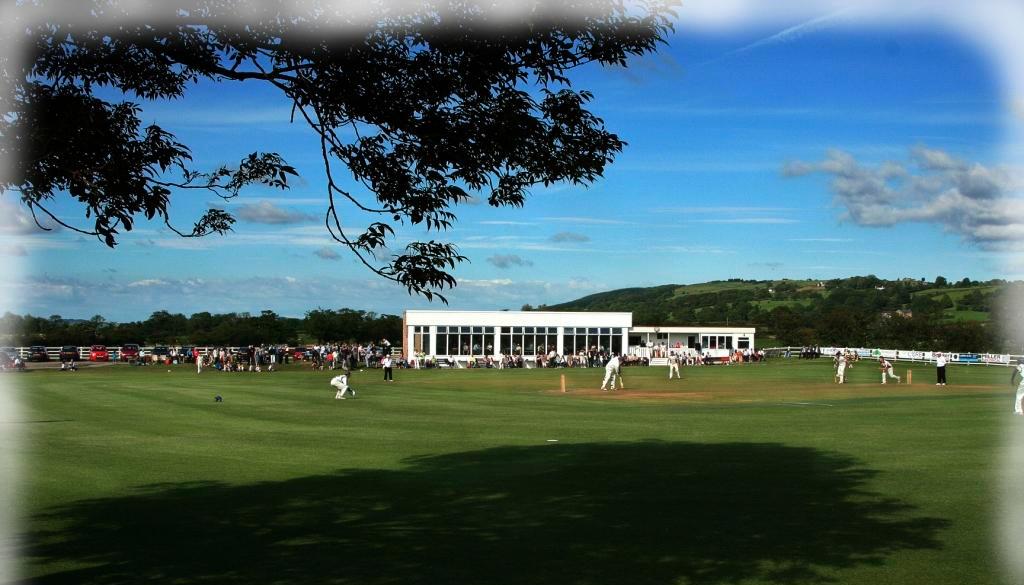 A previous Longridge Cricket Club joined the Palace Shield in 1906, when the League went under the name of the “Alhambra Competition”, consisting of ten teams. The club’s first game in the competition was against Great Eccleston on the 28th April 1906. Longridge lost the match being bowled out for a paltry 32. The next two fixtures, against Blackpool and Fleetwood, were rained off would you believe.

The club did however secure its first victory in the league at home to St. Annes on 26th May, St. Annes being bowled out for 37. A report of a match v Kirkham on 4th August 1906, rescued from the archives by club stalwart and memorabilia man W.J. Gornall, reads as follows:
“The Longridge team set an example on Saturday that other clubs might well do to follow for, although they hail from the most distant points in the area from which the clubs are drawn, they will all be on the field ready to play by ten minutes to three, the result being that before 5 o clock, the game had ended.”
There was no mention in the report of Longridge being bowled out for 26!

Although the club was founded in 1929, a medal has recently come into our possession. It was presented to a Mr W Taylor for winning the batting averages in season 1896!

Longridge left the competition in 1908 and went on to play in the "Preston and District
League” until re-joining the Palace Shield in 1969. Shortly after, the club became “Longridge Cricket & Hockey Club”, a partnership that was to last until 1995 when the hockey section broke away due to the introduction of artificial pitches.

The club introduced a 3rd team to play Saturday cricket in 1992 under the auspices of Mr Peter Tuson. The club is eternally grateful to Peter for getting this going and seeing it through. Starting in the “Preston & District League”, the team joined the Shield competition in 1995 with the formation of E Division and became the inaugural winners. The team also became first ever winners of the Crabtree Cup in 1997.

The club has progressed well in the 21st century, with all teams, including an added 4th XI enjoying a good deal of success in both league and cup competitions.

Off the field things have also developed with the club now owning two grounds and providing one of the biggest junior cricket programmes in the county. This model is working as there is now a constant drip feed of quality juniors into senior cricket. A new function room has been built and is proving very popular with the local community for parties, gatherings and meetings etc. and is providing a steady income stream for the club to continue to develop.

Special mention must be made of our now president, Mr Tom Haworth who has been around forever and whose enthusiasm and hard work has been the single main reason that the club finds itself in the strong position we see today.

Longridge were fortunate enough to win the Palace Shield in 2018 and elected to compete in the Northern Premier League. That said, the Shield is a wonderful competition and the club will continue to support it in any way possible as cricket continues to evolve.