Netherfield CC originally played on Murley Moss before establishing the current ground. The club played in the Village Combination until joining the North Lancashire League in 1926, becoming champions in 1953. In 1959 Netherfield replaced Furness CC as members of the Northern League.

Until the late 1970s membership of the club was restricted to employees of the K Shoes factory but since the membership was opened up the club have been five times champions of the Northern League, in 1997, 1998, 2000, 2001 and 2008 and were division two champions in 1989.

Netherfield have won the Meageen Cumbrian Cup on 13 occasions since 1982, the last in 2008. 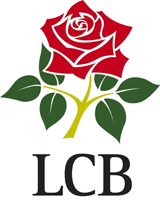