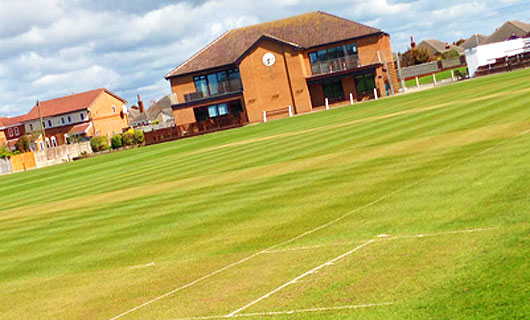 Where It All Began

Cricket was played in St Annes as early as 1870 at Headroomgate Road, now the site of the Parish Rooms. It was thought that St Annes Cricket Club was founded some time between 1879 and 1888 but new evidence shows that the club may have been formed as far back as 1872.

The club had it’s first major success in 1902 when they founded and won the newly formed Palace (Blackpool) Shield.

It Wasn't Rain That Stopped Play

At the time of the club’s foundation, the teams played on fields off St David’s Road North, and did so until the outbreak of the First World War, when play was suspended. During this time, the ground became a Royal Horse Artillary training centre.

The club revived in 1924 and play commenced at the present Highbury Road site which at the time also contained three grass and two hard tennis courts. Later, a second cricket field was added located to the north/airport side of the present ground. Soccer and hockey were also played there until some of the land was sold to developers in the 1970s and early 1980s.

St Annes CC were the founder members of the Northern League in 1952. They were unbeaten in league games which resulted in them becoming League Champions that year. They met their first defeat on 1st August 1953 after being unbeaten in 35 games!

1948 saw Bill Lawton (husband of Dora Bryan) score 135 not out against Leyland Motors, which he followed by taking 7 wickets for 28 runs. In 1951, he took 7 wickets for only 3 runs against Lancaster!

Lancashire and England all-rounder Andrew Flintoff made his debut in First XI senior cricket playing for St Annes at the tender age of 14. His first game for St Annes was as a junior player in 1989, aged 12.