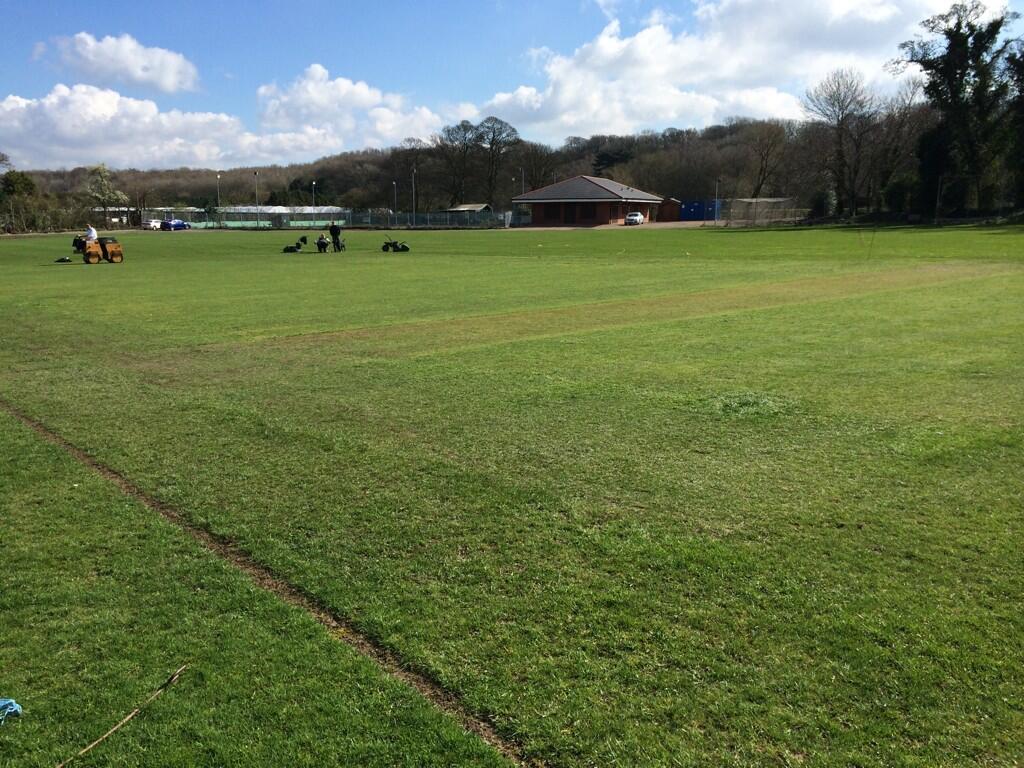 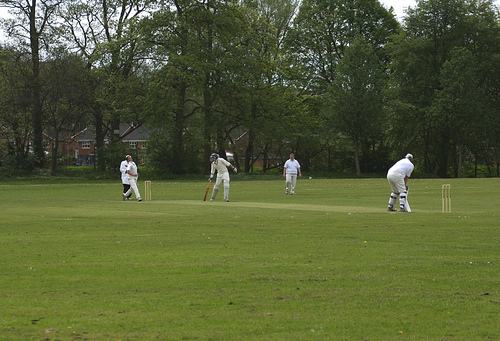 Although cricket was played in the village prior to 1895, Walton-le-Dale Cricket Club was formally recognised by the village following a meeting held 17th February 1896. The Cricket Club can trace its origins back to 1875 however, making it the oldest of the local sporting Clubs. Prior to 1896 it is unclear as to where the Club played their matches, although the early Recreation Society minutes show that a Public Meeting was held on Thursday, 16th October 1895, chaired by the Vicar of St Leonard's Rev. Seymour F Harris. The reason for the meeting was that football and cricket had of late been played under great disadvantage in Walton-le-Dale, owing to the want of a suitable field. Subsequent to this the Cricket Club moved to their present home and along with the Bowling Club hold tenancy rights in perpetuity.

The Club was a founder member of the Chorley and District Amateur Cricket League that was formulated in 1903, with the first matches being played the following year. Possibly the proudest achievements came in 1970, 1974 and 2004 the Club lifting the Division 1 championship on 3 occasions

There have been a number of outstanding players over the years. Two of the most prominent are Alan Rigby and Gavin Turner. Alan, formerly a Recreation Society Trustee, Treasurer and Club President, held the position of League President for many years. He was the League's highest aggregate runs scorer 14 times in 16 seasons between 1960 and 1975. Gavin, currently Club President, was the League's outstanding bowler from 1970 through to the mid-1980's and still holds the League record for the most wickets in a season (95 in 1977). 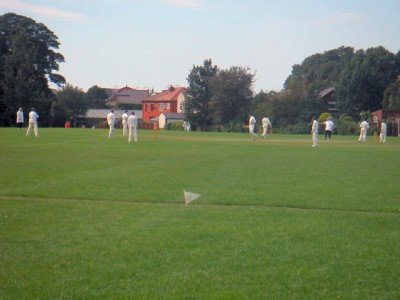 Today the Club runs both 1st and 2nd teams along with a Sunday Team who play in the 3rd, 5th and Sunday Divisions of the Palace Shield and has a thriving Junior Section. In 2004 we reviewed all local cricket leagues and decided the Palace Shield cricket competition gave our club the best chance to advance in terms of standard of cricket and exposure to the wider community. We have since applied to join the Palace Shield cricket competition and are now a member.
New members are always welcome, with organised practice held every Tuesday evening during the season, commencing at 6:30pm for adults, and every Saturday morning at 10 for juniors. Junior members are especially welcome, with 2 qualified English Cricket Board Coaches providing organised practice and coaching for 9 to 16 years olds.

Facilities are continually enhanced. Improvements to the front of the pavilion were carried out prior to the start of the 2001 season, taking away the old fence and removing that 'Prison Camp' look. In 2004 and 2005 the Recreation Society gained the help of the Leyland Probation Service. The Pavilion, changing rooms and showers have been fully re-furbished. A great deal of general work around the ground has also been completed, this includes a new children's play area, picnic tables, seating and pruning of trees and shrubs.

In 2003 the Club was successful in obtaining sponsorship from Messrs Forbes Solicitors. This has led to a successful Sportsmatch grant application for additional funding towards a youth development scheme. The Cricket Club has used their grant money to expand the Youth coaching facilities available in Walton-Le-Dale, with the purchase of new equipment, including a bowling machine. For the past 3 years we have received 'youth scheme grants' from our local council, SRBC. We have used these grants to 'buy in' specialist youth coaching from Elite Coaching Ltd. In 2004 we applied to the Lords Tavernors for a grant towards 2 mobile practice nets, this was successful and are now in operation.

The Recreational Society has recently submitted plans for a brand new pavilion facility for the bowling club and the football and cricket teams which they are looking to complete in the next few years.