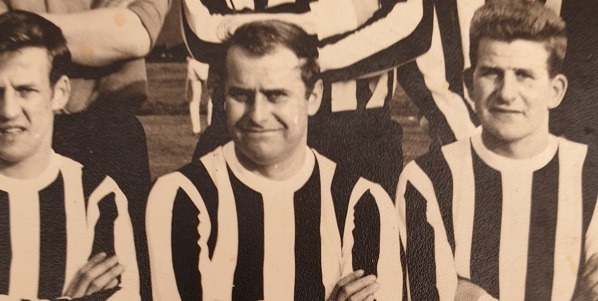 It is with great sadness that we have to announce the recent passing of club stalwart and sporting legend Brian Bennett.

Brian was a founder member of the Sports Club back in 1960 when the football and cricket teams merged and remained involved as a trustee until the present day.

He played both football and cricket for Croston for many years to a very good standard, indeed he continued playing cricket into his fifties and was always a gentlemen both on and off the pitch. He continued to support the teams when he retired from active sport and could be seen in critics corner every match during the summer.

He will be greatly missed by all at the club and our sincere condolences to Marion and the rest of their family.

More in this category: « Len Hackett
back to top