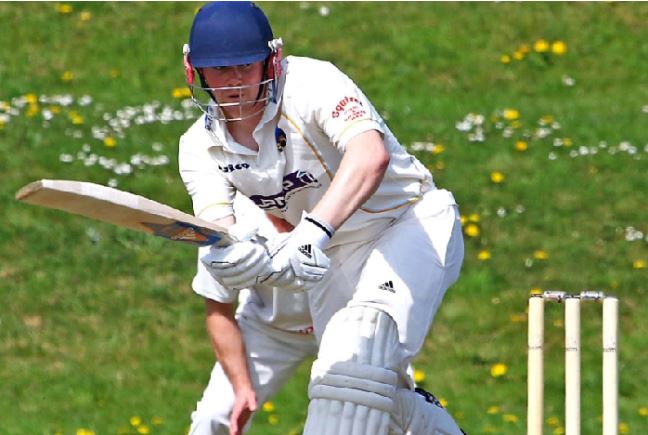 Fulwood and Broughton can be a force to be reckoned with this season in the Northern League Division One – that is according to skipper Mark Smith.

The Highfield outfit very much found the going tough last year – their first season at this level following promotion from the Moore and Smalley Palace Shield Premier Division in 2017.

Staring down the barrel of immediate relegation back to where they came from, F&B survived by the skin of their teeth.

They finished third from bottom just two points above Morecambe.

Smith admits last year was a huge learning curve for his men, but he believes they will be much better for the experience this season.

“It was a huge jump with regards to standard from the Palace Shield to the Northern League,” Smith said.

“It probably took us by surprise a bit. I think naivety is a good word for it.

“But we felt just by the half-way point, we started to pick up our performances which helped us to stay up.

“This year we are looking to carry on that form and continue to learn at this level.”

The early signs look good with F&B arguably producing the performance of the opening day of the season.

Up against one of the league’s heavyweight clubs in Chorley on their own patch, F&B were dominant with both bat and ball at Windsor Park.

Scores all the way down the order contributed to the visitors posting 219-8 and a terrific bowling display saw the home side routed for just 102 in reply.

“It could not have gone better,” said Smith. “There’s been a lot of planning for this season, so to hit the ground running was very pleasing.

“We got off to a great start and batted all the way down the order to set a good score.

F&B have bolstered their squad this season with the acquisition of bowler Lewis Dingle – brother of Rob, who also plays for the club.

Lewis Dingle showed his immediate worth by taking three wickets at the weekend.

The club have also signed Australian overseas ace Euan Fletcher, while former Lancashire and England spinner Simon Kerrigan is back for a second season as professional.

The 29-year-old, who played junior cricket for the club, played mainly as a batsman last season as he looked to rediscover his form with the ball.

He began to turn his arm over towards the end of the campaign and is set to make more of a contribution this summer.

“Simon’s going to be bowling all summer,” Smith said. “He’s working his way back with the ball – he had his time out.

“Hopefully he’s going to score lots of runs and take lots of wickets.”

This weekend, F&B host Penrith and Smith added: “They have a good pro in Asher Hart and an Australian overseas batsman called Zach Reekie.

“The Hall brothers – Greg and Samuel – are good players. They will be a good side.”

In the Palace Shield, Croston and Lancaster will put their ‘unbeaten records’ on the line tomorrow when they face each other at Old Emanuel School.

The pair enjoyed excellent wins on the opening weekend of the season with Croston walloping Penwortham by 10 wickets after dismissing their opponents for a paltry 104. Sam Marsh took 6-22.

Lancaster were equally impressive in their convincing 145-run win over Great Eccleston at Lune Road.

Charlie Swarbrick was the division’s individual performer of the day, smashing a superb 151, and he will be hoping for a similar performance this weekend.

It has plans to redevelop its clubhouse and the club is also running the English Cricket Board All Stars junior cricket programme, coaching the next generation of cricketers. Active committee member and vice chairman Graham Green said: “We also bought a bowling machine for cricketers to improve their practice.”

Elsewhere, all four games on the opening night of the Boddingtons Village Cricket League were abandoned due to the weather. PNE managed to post 126-9 but Fulwood & Broughton were unable get their pads on in reply as the rain intervened. It was a similar story during Grimsargh’s home clash against NHS, who totalled 188-6

Not a ball was bowled in the matches involving Preston Grasshoppers versus Chipping, and Longridge against Barton Grange.

More in this category: « Perfect 10 for Fold's Fowler County Debut »
back to top