Torrisholme lose to Kirkham and Wesham but respond following day 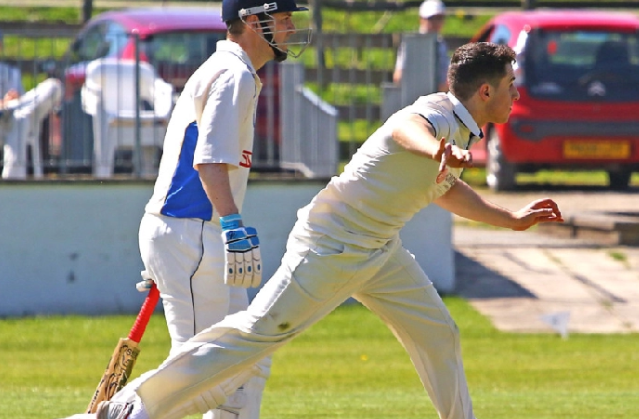 Torrisholme suffered an eight-wicket defeat at home to Kirkham and Wesham on Saturday, but they managed to get back to winning ways the following day with a narrow four-run victory over Norcross.

Kirkham and Wesham were the visitors to Boundary Meadow on Saturday, and they had few problems taking care of Torrisholme.

The hosts were put into bat first and subsequently bowled out for a meagre 52 runs, with only Will Beeden (15no) reaching double figures. Kirkham and Wesham made light work of their target, reaching it in just 11 overs and with the loss of just two wickets – Christopher Wilson (1) was caught by James Cookson off Ben Cassar (1-16) and Andrew Hogarth (13) was out LBW to Phil Sparrow (1-22).

Torrisholme bounced back the following day though in the Palace Shield Division Two West league when they beat Norcross in a very close game.

Torrisholme were put into bat first and were bowled out for 105 in 39.2 overs, with Adam Parkinson (29) the only batsman really conributing in the early stages.

He was eventually caught by Des Hayes off Harry Gordon (2-22), while Beeden, Wayne Troughton and James Eccles all failed to get off the mark.

Jack Batty (4) was bowled by Reece Clayton (3-26), and the Norcross man struck again to get rid of Rob Elder (5) who was caught and bowled.

Captain Ben Schofield was caught by Adam Ball off Gordon for just one run, Joshua Wills (9) was bowled by Matthew Puttick (1-27) and Koby Cheeseman (6) was bowled by Clayton as Torrisholme struggled.

However, tail ender Josh Allison produced a knock of 23 as Torrisholme were all out for 105 from 39.2 overs.

Norcross came close to reaching their target, but they were eventually bowled out for 101 in 44 overs.

More in this category: « County Debut Lancaster up to third after victory over Penwortham »
back to top