Lancaster up to third after victory over Penwortham 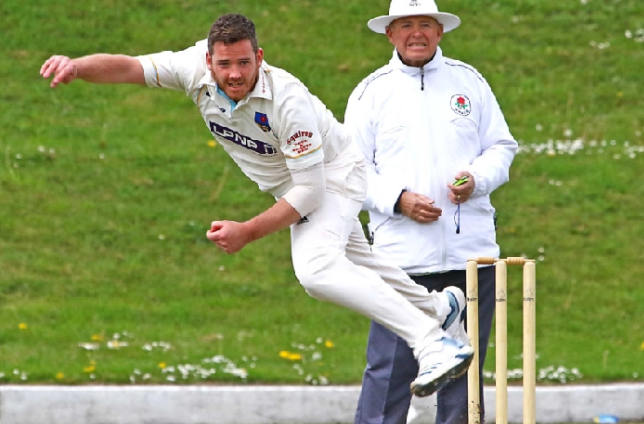 Lancaster moved up to third in the Palace Shield Premier Division on Saturday after a five-wicket victory over Penwortham at Lune Road.

Captain Ben Simm won the toss and put the visitors into bat first, and Lancaster wasted no time in bringing down the Penwortham order.

Ben Simm (4-38) also got among the wickets when he got rid of Penwortham captain, Ashley Billington (57), who was caught by George Marshall.

Marshall took another catch, this time off the bowling of Moffar, when Glynn Parkinson fell for just eight runs, while Kieran Moffat (1-30) bowled Antony Dark (31).

Simm finished things off with three more wickets – he got rid of Nathan Patel (2), Nathan Walmsley (1) and Matthew Finnerty (1) as the visitors were all out for 158.

Lancaster reached their target in 37 overs, largely thanks to opener Fisher (59), who had a superb innings before being caught and bowled by Matthew Finnerty (2-38).

Fellow-opener Jamie Heywood was also caught and bowled, Nathan Walmsley (1-16) taking the wicket, while Charlie Swarbrick just fell short of his half century, he was out LBW to Billington (2-48).

Kieran Moffat managed a knock of just seven before being caught by Sumner off Billington, although Laurie Atkinson (21) did manage to to reach double figures – he was eventually caught by Rajdeep off Finnerty.

Marshall (9no) and Danny Welbourne (0no) saw things out for Lanc aster as the Lune Road side eased to victory and picked up 12 points.

More in this category: « Torrisholme lose to Kirkham and Wesham but respond following day Owen shows his class with bat as Morecambe see off New Longton »
back to top