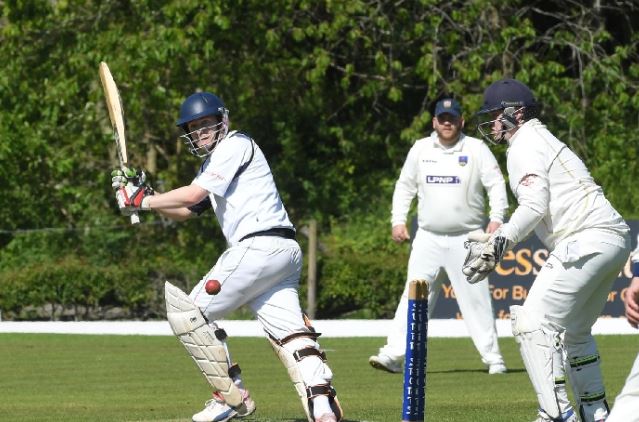 Preston maintained a winning start in the Moore and Smalley Palace Shield Premier Division with victory at New Longton.

They won their visit to Chapel Lane by 81 runs and boast a 100% record after four matches.

Electing to have first use of the track, Preston were 203-9 in their 45 overs.

Nawazish Ali hit 10 boundaries on his way to 57, the opener facing 36 deliveries.

There was a knock of 35 from skipper Muhammad Nauman. For the hosts, Munaf Bavla took 3-55, with two wickets apiece for Ethan Fairhurst and Chris Hadfield.

Rizwan Hussain was the pick of the Preston bowler with figures of 5-21.

A half-century from Wes Royle was not enough to stop Vernon Carus slipping to an eight-wicket loss to Lancaster at Factory Lane.

Royle hit eight fours and a six on his way to a knock of 51 in Vernons’ first innings tally of 164-9.

In reply, Lancaster chased their target in 40 overs, helped by a superb 93 from Charlie Swarbrick.

Batting at three, Swarbrick hit five sixes and 10 fours, with the visitors posting 165-2.

Penwortham won their clash with Fylde by seven wickets.

Asked to bat first, Fylde were 150 all out with Ashley Billington taking 5-41.

Robbie Sumner’s unbeaten 69 helped Penwortham chase down their target, with Antony Dark adding 39 to the scoreboard.

Croston were 27-run winners over Morecambe.

Batting first, the home side put 139-9 on the board, Jack Marsh coming in at No.8 to hit 56 – his knock included three sixes and two fours.

They then bowled out their visitors for 112 in 43.3 overs, Sam Marsh taking 5-38 while there were two wickets each for Keith Marsh and Jonathan Driver.

An unbeaten century from Nathan Bolus helped South Shore to a four-wicket win over Great Eccleston.

Eccleston won their visit to Standish by 107 runs.

After putting 154-9 on the board, Eccleston bowled their hosts out for 46.

Any hopes that Blackpool had kickstarted their Northern Premier League title defence with victory at Garstang proved premature as they lost by 45 runs to Leyland.

On a disappointing weekend for the NPCL’s Fylde coast clubs, all of whom were at home, Fleetwood suffered their first defeat against high-flying Kendal and winless St Annes held out for a losing draw against Fulwood and Broughton.

Blackpool, beaten only twice throughout last season in the league, have lost both matches in 2019 at Stanley Park, where the hosts collapsed to 118 all out in 38 overs, having been 96-4 chasing 163-7.

Josh Boyne scored 39 and shared a third-wicket stand of 50 with Craig Brown before the Blackpool wickets began to tumble, Nathan McDonnell taking 6-25 from his 11 overs as the last six men in for the champions managed four runs between them.
Leyland had earlier chosen to bat, number four Said Badar leading the way with 39 and putting on 54 for the fourth wicket with McDonnell.

Wicketkeeper Ben Howarth had a hand in five of the seven wickets, while Matt Grindley took 3-42 from 16 overs but Blackpool have slipped back into the bottom half, Leyland climbing to fourth.

Kendal replaced Fleetwood in second place with a 15-run win in a low-scoring match at Broadwater, where the Cumbrians were put into and managed 128 in 44.4 overs.

A higher total looked on the cards as Ben Phillips made 45 and shared in a stand of 71 for the third wicket with opener Saeed Bariwala.

But as Fleetwood professional Neels Bergh took centre stage with his 4-45 from 13.4 overs, Kendal stumbled from 92-2 to 99-5, and having reached 117 saw their final five wickets go down for a further 11.

But Fleetwood then collapsed in more dramatic style from 41-2 to 47-7, and although Bergh battled on with an unbeaten 51 from 101 balls, he ran out of partners with the total at 113 from 42.2 overs. Six of the first seven wickets fell to captain Chris Miller, who returned 6-52 from 17 overs.

A freakish coincidence saw both Blackpool and St Annes welcome back their Saturday visitors for second round ties in the ECB National Club Championship yesterday.

Blackpool gained revenge with a 14-run victory over Leyland, having chosen to bat. Their total of 226-4 was built on a third-wicket stand of 103 betwen Josh Boyne, who scored 88 from 80 balls (eight boundaries) and opener Sam Dutton 81 from 85 (nine) .
Leyland threatened a Stanley Park double as Karl Cross (63, 12 fours) and McDonnell (57) put on 98 for the first wicket and McDonnell added 67 for the second with Saif Badar (40), but Matt Siddall took wickets at key times to claim 4-36 from eight overs and keep Blackpool on top as Leyland fell short on 212-6.

A Nathan Armstrong captain’s knock of 59 steered St Annes to 179-7 against Fulwood and Broughton, who would be left needing eight off their final over. However, the hosts took the two wickets they needed fora six-run victory.

Blackpool and St Annes will be at home again in next month’s group semi-finals to Longridge and Horwich RMI respectively.

Lytham sank to the foot of the Liverpool Competition’s ECB premier league after a 38-run defeat at Ormskirk left them winless from four games.

The hosts chose to bat and declared at 197-6 after 55 overs, with wicketkeeper Gary Knight unbeaten on 50 from 46 balls. Knight came in after a stand of 65 for the second wicket between opener Tyler McGladdery (49) and Alex Rankin, then put on 56 for the fourth with Robert Rankin (29).

Lytham had little hope in reply after stumbling to 64-5 and their most productive stand came from the final pair (32) as they closed on 159 in 52 overs and Ryan Maddocks’ 12 overs yielded 5-45.

Wicketkeeper Matt Taaffe at number seven was Lytham’s top scorer with 34, one more than Lancashire’s Toby Lester, whose 10 overs were wicketless. Ormskirk are tied for second spot behind Formby.

More in this category: « Owen shows his class with bat as Morecambe see off New Longton Show of strength at the top says Lancaster captain »
back to top