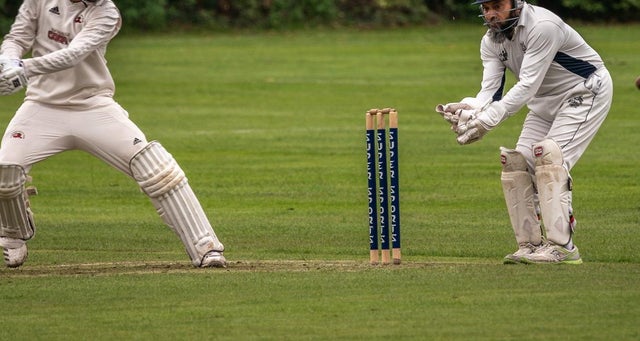 Garstang CC and Longridge CC began the 2020 season with victories on Saturday – even if the rain did its best to try and stop them.

Prolonged showers had threatened to make the opening day a damp squib after players had waited three months for matches.

Garstang hosted Kirkham and Wesham in a 30-over-a-side game at the Riverside, where they won the toss and chose to field first.

They restricted their visitors to 114-7 as opener Andrew Hogarth top-scored with 35, while Stephen Wright and Sean Bovington both made 24.

Ian Walling led the Garstang attack with 3-15 from six overs, accounting for Hogarth, Bovington and Samuel Oldfield along the way.

In reply, Garstang earned a four-wicket win by replying with 115-6.

Opener Michael Wellings top-scored with 40 but, although they slipped from 49-0 to 100-6, they got over the line with Walling’s 15 not out seeing them to four points.

The seconds lost by 10 wickets to Torrisholme after batting first and only reaching 85-9, while Ben Woodruff’s 87 not out saw the Sunday side chase down Penwortham’s 148 all out with four wickets in hand.

Longridge came up against Preston in a match reduced to 16 overs a side because of the weather but they still ran out eight-wicket winners.

Preston batted first and ended their innings on 79-7, Suhel Patel their top scorer with an undefeated 22.

The Longridge attack shared around the wickets with everyone taking one apart from Josh Holden, who claimed 2-19.

In reply, Longridge reached 81-2 with two overs of their innings in hand.

Holden backed up his efforts with the ball by top-scoring with 37 before he was run out.

Opener John Simpson was 18 not out as Longridge eased to victory and four points.

The seconds were also victorious as Rory McDowell’s 4-18 saw Netherfield all out for 70 before Longridge replied with 73-2 for an eight-wicket success.

The news proved to be frustrating for the thirds as their game against Torrisholme was abandoned.

Longridge’s Sunday side also posted victory at the weekend as they saw off Great Eccleston by seven wickets.

Having seen their opponents bat first and reach 188-9, Longridge replied with 192-3 thanks mainly to opener Dan Wilson’s unbeaten 80.

More in this category: « Morecambe CC's bowlers set up a comfortable victory Latest ECB Bulletin »
back to top