Blackpool CC bounced back from defeat a week earlier to record a seven-wicket win at Fleetwood when the two sides met on Saturday.

Having been beaten by St Annes in the opening match of the one-off competition replacing the Northern League and Palace Shield this year, Paul Danson’s players are off the mark for the new season. 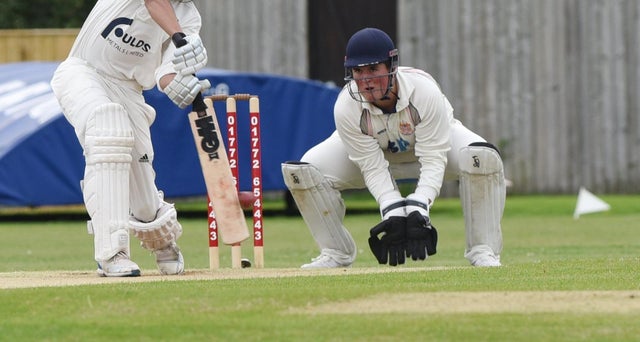 Fleetwood had won the toss and chosen to bat first, compiling 150-7 at the conclusion of their 40 overs.

Home skipper Adam Sharrocks made 15 and James Gregson was dismissed without scoring, both out to Matt Grindley.

Tom Wilson (31) and Alex Ryder (25 not out) gave the innings a boost, though 34 extras also helped the cause.

King (26) was first go, followed by Syed Kazmi and Boyne, neither of whom troubled the scorers.

Nevertheless, Sam Dutton took Blackpool to victory as they reached 152-3 in the 38th over despite Clerkin’s 3-27.

Dutton hit seven fours and a six in his 78 not out, while Dylan Henshall was undefeated on 28.

The other match in Group A brought a 43-run win for Lytham against Thornton Cleveleys.

Lytham’s first game of the season saw them post 208-5 after they were asked to bat first.

Oliver Vincent took the wickets of Matthew Cartmell (19) and Thomas Hessey (0) but Myles Child and Guy Roberts laid the foundations for Lytham’s total.

Wicketkeeper Child finished 89 not out, hitting six fours and a six, while Roberts chipped in with 47 before he was out to Greg Tirrell.

In reply, Thornton Cleveleys were all out for 165 from the last ball of their 40 overs.

Openers Jon Eade (2) and Richard Jenkinson (12) were out cheaply to Hessey and Jack Saunders respectively.

Chris Cartmell picked up the wicket of Josh Sackfield (13), though Tony Poxon (35), skipper Daniel Howard (40) and Rick Blampied (28) added some respectability to the total before the lower order subsided.

Having also accounted for Howard, Saunders dismissed Apperley and Anthony Ellison, both without scoring, while Chris Cartmell got the better of Tirrel (1) and Taaffe saw off Vincent (12).

This Saturday sees Blackpool host Lytham while St Annes entertain Fleetwood (both 1pm) with Thornton Cleveleys having the day off this time around.

More in this category: « Sponsorship Mixed fortunes on week two of the new cricket season »
back to top