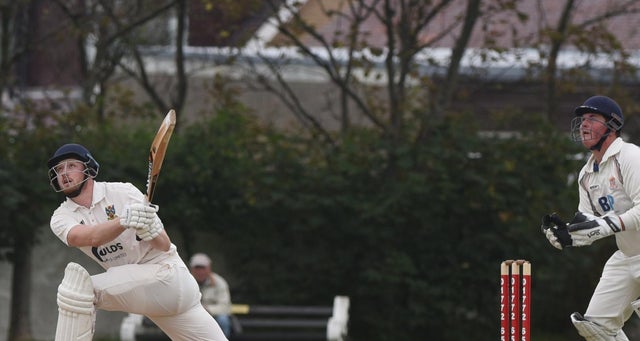 Matt Taaffe is delighted with his winning start as Lytham Cricket Club captain and is relishing tomorrow’s test at Stanley Park.
Lytham have joined forces with their Northern Premier League and Palace Shield neighbours for this shortened season and played their opening match in the 40-over competition on Saturday.

Former St Annes player Taaffe, now in his fifth season with Lytham and his first as skipper, is delighted to be up and running.

He told The Gazette: “It’s nice to get off the mark. We got runs on the board after we were put in (208-5), then bowled and fielded well.

“Thornton Cleveleys competed well but I couldn’t have asked for much more as captain. Our batters all scored runs, then we bowled in good areas and took 10 wickets.

“It’s different to what we are used to – we play ‘time’ cricket, not limited overs in the Liverpool Comp – but everyone adapted well.

“I really like the competition. Having grown up playing for St Annes, there are a lot of familiar faces and local derbies. It’s friendly cricket but with a competitive edge and it’s good for us because we’ve eliminated the travel.”

Nobody adapted better than wicketkeeper Myles Child, who topped the scoring with 89 and then took three catches behind the stumps.

Taaffe, an experienced wicketkeeper himself, said: “Myles is a Lytham lad who has come through the junior and senior ranks. He’s floated between the first and second teams but he really took his chance. He has all the shots.”

Child can expect to keep his place and Taaffe doesn’t anticipate too many changes from week to week, though don’t rule out the occasional ‘special guest’ appearance by Lytham’s familiar faces from Old Trafford.

“It is possible that Steven Croft and Toby Lester could play,” added Taaffe. “Toby is perhaps the more likely this weekend as he comes back from injury.

“But we aren’t planning for having either of them and this competition is really about getting the balance right for next year. For instance, we gave a debut to Tim Woodman on Saturday and he’s only 15.

“We’ll have players unavailable because of holidays but I think the team will probably stay much the same.”

Unlike all their opponents in the round-robin, Lytham are not involved in T20 this season and so are fully focused on playing a Saturday competition in the most unusual circumstances.

“We’ve been well briefed on all the rules for this season and most of it is common sense,” adds Taaffe.

“We have a break every six overs for hand-sanitising and the captains have to sanitise the ball. But at the end of the day we’re playing cricket, so no complaints.”

Tomorrow’s other game in group A sees St Annes face Fleetwood. Like Blackpool and Lytham, both teams have four points from one win to date. Thornton Cleveleys sit out tomorrow.

Blackpool tasted defeat for the first time in this season’s Twenty20 competition, while Thornton Cleveleys won a thriller against Great Eccleston.

Fulwood and Broughton left Stanley Park with a 26-run victory after setting Blackpool a total of 138-7 on Wednesday.

Blackpool, who had won the previous Group A game against Thornton Cleveleys, could only reach 112-7 in reply, captain Stuart Ashton leading the way with 22 from 26 balls.

Seven players bowled for F&B, six of them taking at least one wicket.

TC became the third team to register a win in the group, sealing a three-wicket success over Great Ecc thanks largely to Joshua Rolinson.

Rolinson’s 3-16 from four overs helped restrict the visitors to 118-7 (Richard Booth 35 from 40 balls) before his dominant batting display sealed victory with two balls to spare.

Group A resumes on Wednesday, when Blackpool visit Great Eccleston.

More in this category: « Pleased to be playing again after cricket's resumption Fulwood and Broughton aim to keep up their strong return »
back to top