Weekend cricket: Fulwood and Broughton keep up 100 per cent record 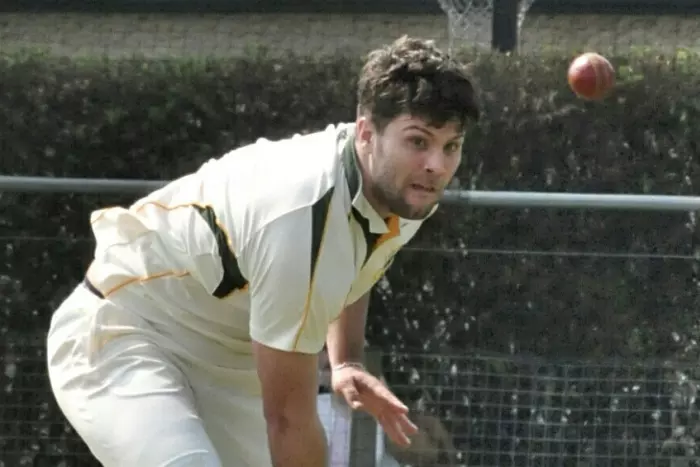 Fulwood and Broughton made it four wins out of four in the amalgamated Northern League and Palace Shield competition after beating Kirkham and Wesham.

Their 106-run victory at the Woodlands was not without incident, play held up at one point by a member of the public coming on to the field of play and sitting on the wicket.

It took the arrival of a police officer for the man to end his one-man protest.

F&B batted first and put a commanding 231-6 on the scoreboard.

Rosbottom hit eight fours and a six on his way to a knock of 68, while Smith struck 41.

Kirkham and Wesham were 125 all out in reply, their last wicket falling in the 36th over. Andrew Hogarth hit 27 and Sean Bovington 21.

Behind F&B in Group B  are Longridge and Garstang who both recorded victories at the weekend.

Longridge were 42-run winners over Great Eccleston at the Newsham Memorial Ground.

After being asked to bat first, Longridge were 228-5 in their 40 overs.

There were half-centuries from Luke Platt (52) and Joshua Holden (54), with James Whitehead hitting 42.

Great Ecc fell short in their reply, closing on 186-7, Joe Davies top-scoring with 54.

Garstang’s visit to Preston saw them record a six-wicket victory.

It was an entertaining clash at West Cliff, the game going to the final three balls.

Preston went into bat first after winning the toss and put a decent 187-8 on the board.

They lost both openers quickly but Mohammed Yusuf scored 33 batting at three.

Mark Walling hit a game changing 85 not out, with him joined at the crease by his brother Ian Walling who scored an unbeaten 45

Elsewhere, Leyland are in pole position to progress from Group C in the Northern League/Palace Shield competition after a comprehensive victory over Penwortham.

Wins for Chorley and Eccleston kept them on the tails of Leyland though, ahead of the final round of this group’s games this weekend.

Following an opening-day wash-out, Leyland have won three games on the bounce.

They were far too strong for Penwortham – prevailing by 10 wickets in a one-sided contest at Middleforth Green.

A superb all-round bowling performance set Leyland – who were skippered by Andrew Makinson in the absence of his dad David – on their way as the hosts were skittled for just 67 inside 28 of the allotted 40 overs.

Iain Critchley was the pick of the bowlers taking 3-4, while there were two wickets apiece for Karl Cross, Nathan McDonnell and Joe Shackleton.

Only opening batsman Nipun Madaan got to grips with the conditions as he top scored with 21.

In reply, the visitors cruised to victory,with the openers Kurtis Watson and Jacob Wright taking just 12.4 overs to hit the winning runs.

Watson was the aggressor, smashing two sixes and eight boundaries in his 41-ball knock of 44.

Wright was slightly more circumspect, providing the support for his partner but still managed to hit three fours in his score of 17.

Chorley remain in the hunt to finish on top after a thrilling victory over valiant Euxton at Windsor Park.

Jack Shovelton (25) and  James Bone (22) gave the visitors innings a solid foundation, but it was a superb 49 by Stuart Cooper which allowed Euxton to post a total of 139 all out.

In reply, the home side lost wickets at regular intervals but a fine unbeaten partnership from Harry Barclay steadied the nerves as Andrew Holdsworth’s men edged to victory with four balls and three wickets to spare.

Eccleston beat Vernon Carus by one wicket at Factory Lane, courtesy of a fine run chase.

Hosts Vernons elected to bat first after winning the toss and posted 197-8. Ian Dunn struck 79 at the top of the order, Matthew Stevenson hitting 45 and Wes Royle 29.

It was a challenging chase for Eccleston but they achieved victory with two balls to spare.

In Group A, St Annes beat Lytham by three runs, with Thornton Cleveleys winning against Blackpool.