Gazette : Blackpool going for gold in final at Chorley

Blackpool have won through to the  final of this season’s elite 40-over competition for Northern League and Palace Shield clubs with a 17-run win at Morecambe. 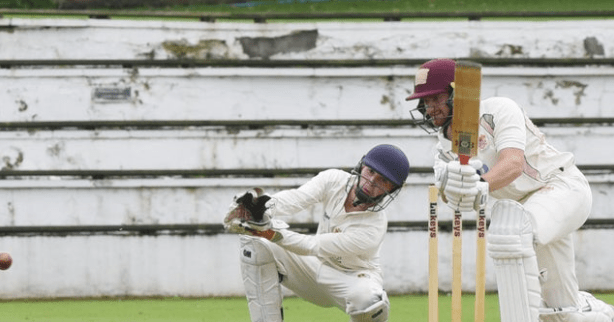 Blackpool close to bat in the gold semi-final and scored 146-8 from their 40 overs.

The foundations for victory were laid by an opening stand of 86 between Sam Dutton, who hit seven fours in his 66, and Ciaran Johnson 31 (four fours).

Morecambe captain Graeme Cassidy didn’t give up without a fight and scored an unbeaten 43 from 50 balls, with three fours and two sixes, but it wasn’t enough as they closed on 129-9, with Matthew Grindley, Tomas King and Arran Lewis taking two wickets.

Blackpool will head to Chorley for Saturday’s final following their 11-run win at Garstang in the other semi.

No such joy for Great Eccleston as the Fylde coast’s representatives in the silver semi-finals lost by 56 runs at Longridge.

The hosts chose to bat and set a target of 129, Daniel Wilson their top scorer at number seven with 30 after Luke Platt (28) had laid a platform at the top of the order.

Will Procter brought the innings to an end with two deliveries of the 40 overs remaining. He took three for 16 from his 7.4 overs.

Ecc were all out for 73 in 32.1 overs in reply, Joe Davies (15) the top scorer among three to reach double figures as Ian Simpson and Rory McDowell both took four wickets, Simpson also conceding just 13 runs in eight overs.

Longridge’s opponents in the final will be Kendal, who won by 24 runs at Lancaster.

Also at the silver level, a play-off between teams who did not qualify for the semi-finals saw Fleetwood win by 50 runs at Lytham.

Fleetwood were put in at Church Road and made 182-8 as Declan Clerkin put on 66 for the opening wicket with Joseph Davis (19) on his way to 57 from 46 balls, with nine boundaries.

There was also a half-century for captain Adam Sharrocks batting four (55 from 88 balls). Ben Saunders clean-bowled the skipper on his way to four for 24 from eight overs.

Lytham opener Tom Jefferson then struck 25 but the other three members of Lytham’s top four contributed only three and from 39-4 the hosts faced an uphill task.

Richard Openshaw led the fightback with 29 from 15 balls (five boundaries) but Lytham were all out for 132 with seven overs remaining as James Amor and Alex Ryder both took three wickets from eight-over stints ,while Sam Wakefield took five catches behind the stumps.

There was more success for Blackpool at level three as their third team won through to the gold final with a 136-run home win over Longridge 3. S Kazmi scored 75 in Blackpool’s 221-6 and C Griffin then took four for 20 as the visitors were dismissed for 85. Blackpool will face Euxton 2 in the final.

At the same level, Thornton Cleveleys 2 won through to the silver final with an eight-wicket win over Mawdesley 2, who were dismissed for 66. Josh Rolinson took 4-16 and Chris Hedges hit an unbeaten 47 for Thornton, who face Lancaster 2 in the final.

Wrea Green are through to the bronze final after a 40-run win over Vernon Carus 2. Charles Laycock took three for eight as Vernons were removed for 70 in reply to 110-9, Ben Hall and Matthew Hedges both making 26. Wrea Green meet Preston 2 in the final.

However, at level two, St Annes 2 lost to Kendal 2 in the silver semi-finals.

Thank you to contributors Casino Expert

More in this category: « Netherfield win Twenty20 LEP : Longridge CC target silver success as the season draws to a close »
back to top