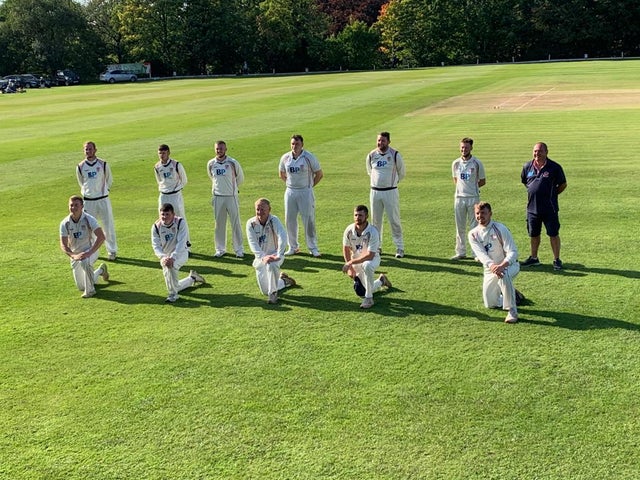 Blackpool CC’s game-plan worked to perfection as they struck gold in this summer’s 40-over competition for Northern League and Palace Shield clubs.

Paul Danson’s side won the ‘gold’ trophy in the tournament for elite clubs with a 38-run win in Saturday’s final against Chorley.

Blackpool set a target of 181 for seven at Windsor Park as Josh Boyne scored an unbeaten 49 after Sam Dutton had set the platform with 35.

The hosts’ reply got off to a nightmare start and at 5-4 their hopes were dashed.

And although Louis Jordan led the recovery with an unbeaten 67, his side closed on 143-8 as Chris Baines and Matthew Grindley claimed three wickets apiece, Grindley conceding only 13 runs from his eight overs.

Captain Danson was delighted to see a plan come together and told The Gazette: “After winning the toss I talked to our top fix or six individually about what was expected because in recent weeks we had lost silly early wickets.

“But they carried out everything to perfection, built a platform and kept wickets in hand for the final overs. I always thought we had 40 or 50 too many for them.

“Matt Grindley and Chris Baines then got us off to a flyer with the ball and there was no coming back from 5-4. It petered out as a showpiece but we did the job.”

Blackpool had won on the same ground a fortnight earlier to stay alive in the competition and win the second group stage, having finished runners-up to St Annes in the first.

Danson added: “We got better as the tournament went on after underperforming at the start.

“We blooded six or seven young players, who really did us proud and I won’t be afraid to play any of them next season.

“Dylan Henshall is only 16 but has matured a lot and looks a very good batting prospect, while left-arm spinner Arran Lewin made the most of the chance provided by Matt Siddall’s shoulder injury and never let me down.

“A big ‘well done’ to the leagues for giving us two months of cricket and an excellent competition.

“With no professionals or overseas players, it gave teams the opportunity to blood youngsters and from that point of view it ticked all the boxes.”

It’s been a marvellous mini-season for the Stanley Park club, whose three teams all won their competitions.

Blackpool Thirds (they didn’t field a second XI) won the level 3 gold final, beating Euxton 2 by eight wickets. Alex Diver took 3-27 as Euxton were restricted to 116 before Syde Kazmi’s 48 from 51 balls propelled the victors towards 117-2 (Kasim Munir 30 not out).

And Blackpool fourths had already won the Level 4 silver B competition, winning all four games.

Also celebrating are Thornton Cleveleys, who sealed the level 1 bronze competition with a 99-run win at Vernon Carus, who were dismissed for 86 chasing 185-7.

It meant Thornton ended the round-robin unbeaten, winning by four points from Penwortham, who lost their final game by 16-runs to Preston.

Thornton Cleveleys have a second trophy for the cabinet after their Seconds won the Level 3 silver cmpetition, beating Lancaster 2 by four wickets in the final.

The coast’s other trophy winners were Fylde 2, whose victory over Wyre 2 completed a clean sweep of victories in level 4 silver A.

Thank you to EU Online Casinos as contributors

More in this category: « Live Coverage of Finals Day 2020 Roll of Honour »
back to top