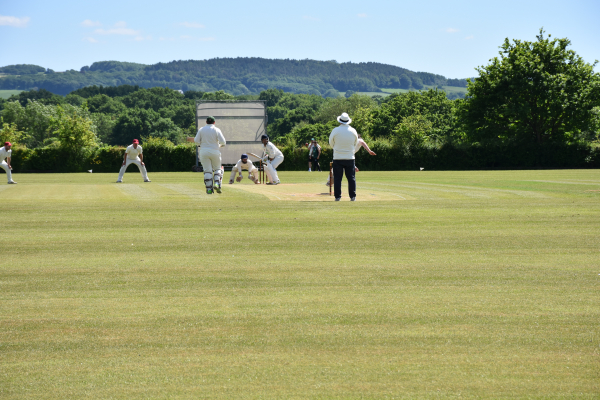 Was postponed due to coronavirus and is rescheduled for Sunday 5th September.

Captain Ashley Billington won the toss and elected to bat on a beautiful sunny day. The openers Muhammed Ilyas (59) and Martyn Brierley (46) got them off to an excellent start. Runs continued to be made as Penwortham made 207 for 5. Five bowlers took a wicket a piece but they toiled in the baking sun.  Having spent hours in the field it wasn’t a surprise when Mathew Finnerty (3-30) picked up the opening batsman quite cheaply. Only Matt Ashcroft (34) and Sam Bromley (40) got going and the home team were bowled out for 159 in 40 overs. Do not understand why Captain Michael Robertson is batting as low as 8? Ed Cox also took 3 – 43)

Home skipper Keith Moore won the toss and not surprisingly elected to bat, he was disappointed when opener Mark Winder was dismissed with the score on 1. Matt Johnson battled to 35 off 119 balls whilst only Dan Smith (26) and Usama Abrar (32) really helped Fylde to a total of 156 for 9 in their 45 overs.  Wickets were shared with evergreen Jim Procter (3-260 Phil Booth (3-31) and Alex Knowles (2-41). Gt Ecc replied with Will Thistlethwaite scoring an excellent 60 at the top of the innings with impressive youngster Alex Rhodes chipping in with 52 in the middle order. Gt Ecc comfortably winning by 5 wickets. Craig Allison picked up 2-29

This was probably on paper the game of the day. Kirkham had worked their way up to 5th and looked cable of challenging the top three.  They were met however by a formidable Penrith side. The home side won the toss and elected to bat but were unable to combat the very strong Penrith opening pace attack of Asher Hart (4-33) & James Ellis (3-26) young wicket keeper Tait Roberts – Hodgson was the only player to reach 20 as Kirkham were blown away for a mere 115. Penrith made  batting look a lot easier with that man Asher Hart (47 not out) and Craig Cameron (46) putting on 79 for the first wicket whilst Owen Jones (18 no) took Penrith home by 9 wickets.

West Gate hosted Cleveleys on an extremely warm day. They won the toss and elected to bat. Imran Jethva who is enjoying a good season averaging over 28 got Preston off to a  good start with (48) whilst Suhel Patel also added (42). Cleveleys stuck at it and Anthony Ellison (3-37), Jez Newman (2-24) and Greg Tirrell (2-15) held Preston to 197 in their 45 overs.

Once again after a session fielding in heat, Cleveleys were blown away and were bowled out for a miserly 117. Bowler Antony Ellison top scored with 34. Preston like to share their bowling around and used 8 bowlers in the heat. Ajaz Khan Pathan was most successful with 3-9 off 6 overs whilst Imran Patel returned (3-16) resulting in a home with by 80 runs.

A bottom v top clash at Mad Nook saw Captain Max Cowell – Makin win the toss and followed the pattern of electing to bat.  Opener Tyne Davis with 28 gave them a start, Asad Imran with 31 and the skipper (38) took the Shore to 155 all out in just over 40 overs. Four Vernon’s bowlers shared the wickets and it is good to see young leg spinner Hadley Geirnaert  bag 3-39 and the more experienced Matt Timms claim 3- 29.

The top six Vernon’s batsmen got into double figures without being able to build on that, only Captain Bob bridges getting into the twenties (21) Vernon’s lost 9 wickets before getting the 156 to win by one wicket. A valiant fight by the Shore with good return from Tyne Davis with 4 – 46 from his 15 overs  and Ash Perera with 2- 39 from his 12 overs. To quote Sir Alex Ferguson it must have been squeaky bum time.

A new name will be stencilled on to the cup. The final will be between :-

To be played at Eccleston CC on Sunday 22nd August 2021

More in this category: « Twenty20 Div 2 Update Meyler Cup »
back to top