In a tremendous day of cricket hosted excellently by Penwortham CC, Longridge edged out Blackpool by 1 wicket in a thrilling contest.

Winning the toss and asking Blackpool to bat, Tom Wood's side started well with the evergreen Ian Simpson keeping it tight (8-2-18-0) whilst Nintin Limbani dismissed both openers for single figures. Talented Prospect Dylan Henshall and Az Lewin rebuilt the innings taking Blackpool to 95-2 before Morgan caught Henshall (47) off the bowling of Mullin, before Lewin (29) was runout by Morgan the following delivery. Captain Ashford (29) and Stanley Howarth(23) ticked the score over before Morgan dismissed both (3-0-16-2) and Blackpoool finished on 183-7.

In reply, frsh from 94no the previous day, Matt Joyce led the charge for Longridge, who despite losing Kyle Helm (9) and Tom Douglas (1)  early to Ali Munir (8-3-20-3) were in a comfortable position of 106-2 at the halfway mark.  The Introduction of Stanley Howarth to the attack with the control from Az Lewin saw Blackpool pick up 2 cheap wickets, before Ben Heath stumped Joyce off Howarth for blistering 82 (59 Balls, 12x4 3x6). As they say in cricket, one wicket brings two, or three in this case as longridge lost Joyce, Mullin and Simpson for just 3 runs leaving them 129-7 with 15 overs to go. Nintin Limbani and Jake Durnell had an important partnership before Limbani (24) was bowled by the returning Munir. Ashford turned to Henshall who removed Durnell (13) with an unorthadox caught and bowled which set up a thrilling finale. Blackpool thought they had the game won with the score of 174, however Proctor stood firm, and then spurned a run out chance later that over. Fittingly it was young Archie Smith who found a gap at third man to eek longridge over the line and win their tenth Loxham Cup final.

Full Scorecard and Highlights are at this link 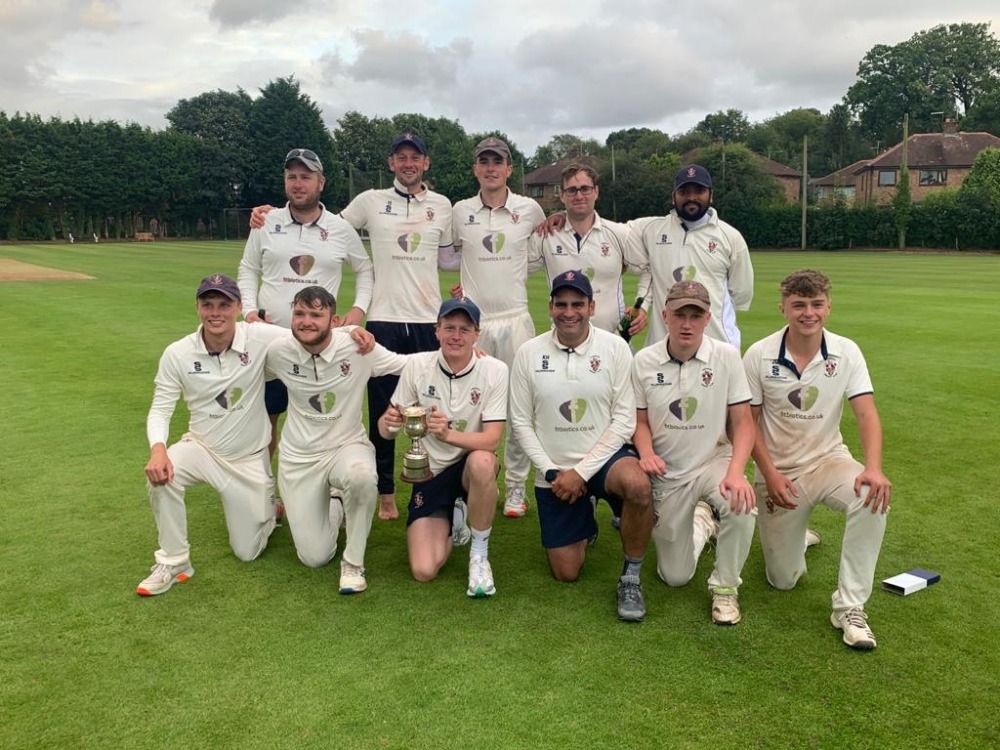 More in this category: « Chris Billington Chorley T100 »
back to top